The Center for the Institute of Studies recently polled SUV owners about their attitude toward war with Iraq. By a 60/40 margin, they support it. The margin goes even higher to 80/20 when small SUVs are eliminated from the survey, and only the larger and luxury models such as Hummer, Ford Excursion, Lincoln Navigator, GMC Suburban and Chevy Trailblazer are considered. 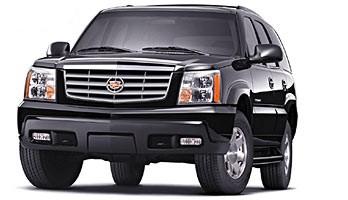 The Uncoveror spoke to owners of these vehicles to ask them why they are so gung-ho. "I just can't wait until we can gas up the the Escalade for 75 cents a gallon!" said Susan Wellington, a member of Promontory Plaines Country Club. "The price of gas is way too high right now, but it won't be once we've taken hold of the Iraqi oil fields." "Well put!" her husband William interjected. "It is getting so pricey to drive little Hunter and Tiffany to their soccer games, but President Bush and Prime Minister Blair will change all that."

Our reporter then asked William what taking away Saddam Hussein's weapons of mass destruction has to do with the price of gas, and he laughed. "It is good to know that the little people still believe the three big lies. If they were smart enough to understand what is really going on, we might let them in on the truth, but they don't. It's all about cheap gas. Weapons of mass destruction are a ruse. Yes, they have some that we sold them when they were fighting Iran, but nothing like we have. They are no threat to us. The PR campaign that has you believing we will disarm Saddam, bring liberty and democracy to the Iraqi people, and end Iraq's support of terrorism is a laugh! We are going to bomb Baghdad back into the stone age, set up a friendly puppet government, and take the oil. Almost all of the dead will be foreigners, not Americans, and who cares about foreigners? No one I know. The best thing is that it will make the US economy soar again. There will be no more talk of recession, and no more talk of not re-electing George W. Bush. I will be able to get that new Hummer to run around in on the weekend! We are taking that oil, and if Russia, France and Germany want a piece of the pie, they will have to join in. We know damn well they don't really agree with the hippies, they just don't want us to have all the oil" 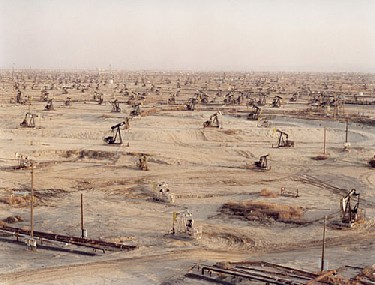 We also spoke to economist, J. Allen Smedley about these issues. He told us, "Oil is the single commodity that drives the entire economy. When the price of oil is up, the price of all products is up. Everything that is sold has to be shipped on trucks, and they don't burn water. If diesel fuel is selling for nearly a dollar sixty per gallon, that is passed on in the price of goods. As a result, the economy stagnates. If oil is cheap, goods are cheap, and everyone profits. Everything relies upon the price of oil. When young women and men are sent overseas to fight and die, they are fighting to save the economy. The working class should be thankful for this opportunity, as their own jobs are what they are fighting for."

We also asked him about SUVs. "Yes, they are a driving force, so to speak" he told us. "They get terrible mileage, but consumers love them. Detroit, and the imports have convinced the public that they are safe in these land barges, but sitting ducks in small cars. Few pay attention to the fact that they roll over so easily, and are actually dangerous. Keep up with the Joneses suburbanism is also a huge driving force in the markets. If the Joneses just bought a Ford Expedition, the Smiths need one too, or even better, why not one up them with an Excursion or a Suburban?"

These conversations have led The Uncoveror to a startling conclusion. It is all about the oil. The White House has vehemently denied this. For example, White House Spokesperson Ari Fleischer said, "If this were about Iraq's oil, we would have simply lifted the sanctions and allowed Iraq to pump oil again." At the surface, this comment seems sincere, but he's not telling the whole truth. If sanctions were gone and Iraqi oil flowed freely, Russia's Lukoil, and companies in France, Germany, China Jordan and Egypt would profit, as they have contracts with the current regime. American companies like Exxon Mobil and Shell have no ties to them, nor does British Petroleum (BP). This is exactly why the US and Britain will "hold the oil fields for the Iraqi People", rather than risk letting Saddam's army destroy them. The contracts with Hussein's regime will be null and void once he is toppled, and the new Iraqi government is set up. The new government will ink sweetheart deals with American oil companies and BP to pump what may be the world's largest untapped source of petroleum, the Iraqi desert.

The Bush administration and their supporters have made oil their entire foreign and domestic agenda. They have decided that nothing else matters, and are convinced that by seizing the oil and letting it flow freely, they will create a new boom economy. They think that since we are the most powerful nation on earth we can do whatever we want, and the rest of the world be damned. They have not considered that this nineteenth century style imperialism will make the world hate the US and Britain, and make terrorism a daily reality right here at home. If we become the Roman Empire, the rest of the world will become the Visigoths. Is gassing up our SUVs dirt cheap really worth that?

If you're sick of Iraq news then maybe shopping for computer parts or new equipment for sports could be a good distraction. Even if you aren't interested in sports gear or you don't need new parts, then you can still find shops to browse on the Net.